What Marketers Can Learn From Donald Trump

What Marketers Can Learn From Donald Trump 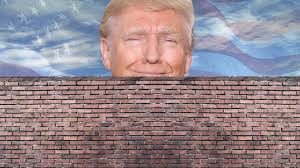 A whole world is hooked up on one single thing.

If you are waiting for a political blog post, then you are at a completely wrong site. If you are searching for arguments for or against Donald Trump, the only thing I can promise is that you will not find it in this post.

This is going to be 100% about marketing, and what marketers can learn from presidency campaign.

The 16th of June 2015 Donald Trump announced his candidacy for President of the United States. For relatively non-interested people, like myself, of the U.S. political life, Donald Trump with his unique approach and Hilary Clinton based on her recognition built up over years, these two people have focused more than normal the world’s interest in the upcoming U.S. elections.

Clinton, Sanders, Cruz and the rest of the gang seem to be somewhat confused as Trump goes on in his very particular style. The “traditional” candidates are working hard to find the way to redirect their political messages, and to be heard among the people. No matter if you are a democratic, republican or something else, no-one wants to miss the next episode of the “Donald Trump-show”.

All marketers around the world, no matter where you got your training, love to use certain models and formulas to explain the different sequences in a marketing campaign or a marketing funnel. One of the oldest formulas I know about and which still is valid is called AIDA.

Whatever you are trying to sell, a product, a service, a message or something else, you need to analyze carefully backward how to get the potential customer to take Action = buy your product or vote for you in the president elections.

It’s quite easy to get people to take action if the Desire is in place, i.e. they love your product, service, message or whatever it can be.

The classical approach a politician takes, all over the world, goes like this:

“Vote for me and I promise you 1 million new jobs, tax cuts, less pollution,..”

They start at the end of the model and try to sell a product without knowing if the potential customers even are listening to them.

If you randomly ask people around the world what Clinton, Sanders and Cruz are going to do if they become the president of the United States, and it has to be something concrete and not typical political soft talk not saying anything at the end, I’m pretty sure that the majority of people included in the poll will fail.

If the same question is asked to the same audience about Trump, I do believe that a majority at least will say that he is going to build a wall between the United States and Mexico.

Here is the point, like or dislike the wall at the border, but Donald Trump got your Attention. What marketers can learn from this is that he is only focusing on one single thing:

The closer he gets to the day of the truth, the day when it will be decided if he is going to be the candidate for his party or not, he needs to dig into the next three points. To grab your Interest, he states that the wall will be financed by Mexico. Be a fan of Trump or not, no-one can disagree that the whole thing is getting hot and exciting. “How is he going to get Mexico to pay for his wall?”

Now, when getting closer, we all know that he needs to turn his potential followers into real voters, creating a Desire to get him as a Republican candidate.

When or if that will be done successfully, well, the Action to vote for him will be just a mere formality.

What a whole world is waiting for now, is to watch carefully how Donald Trump will achieve the remaining goals, Desire, and Action.

As screaming titles sticking out are selling in all news media, Donald Trump has through his strategy got much more attention than any other president candidate.

Whatever you are doing regarding politics, business or any other activity where mobilizing masses of people is necessary to get success, always start with the most important first, get the…..

When I decided to be my own boss a few years ago and went into the online business, what brought me into this was, yes you are right…..

After all false and scamy promises about being rich within a few days, without doing much, I found an ad in a media where I didn’t expect to find it, about a possibility to be an independent entrepreneur, if I was willing to work hard, invest some money (affordable for my economy), accept it as a serious business opportunities, and afford to “suffer” a while until the business started to grow,  being reliable and profitable.

It was an ad completely different from all the others and instead of painting everything in shiny colors; it almost guaranteed all the hard work to go through before reaching the goal.

For the first time, I paid attention to this kind of opportunity.

Initially, I started part time and after six months I was ready to quit my corporate job.

Without getting my attention in the first step, I would never read the rest. When signing up for the free video bootcamp, my interest was triggered almost immediately, and after going through the video series I had no doubt about my Desire, Action was taken….and here we are.

Donald Trump and I, we are both on missions. Indeed, the purposes are completely different. He is running for the presidency of the United States, and I’m on a mission to create more online entrepreneurs.

We need more proud marketers, ordinary people like you and me, who restlessly are searching for the ultimate freedom, the freedom to be your own boss and live the lifestyle of your dreams.

Did I get your attention? 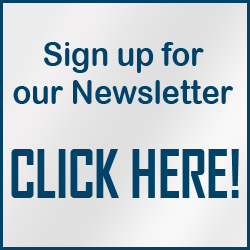